Christi's parents will be married for 40 years in August.  She wanted to do something special for them, yet something that they would really enjoy.  They decided a game day with family and some of their friends would be the perfect way to celebrate.  A lunch of different kinds of dips and tortilla chips and flautas with the extras for those, were served.  Then everyone enjoyed some treats from the dessert table while they drank their coffee.  ﻿ 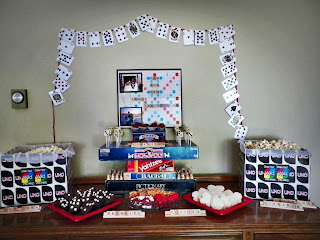 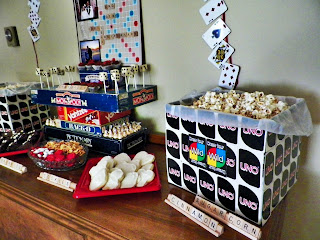 Without knowing how long people would stay to play, I made plenty of popcorn (2 different kinds) for snacking.  Just a plain buttered popcorn and a cinnamon and sugar popcorn that seemed to be a big hit. 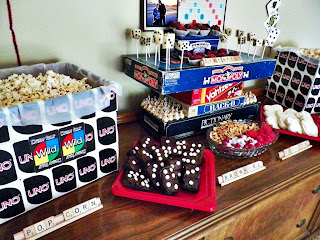 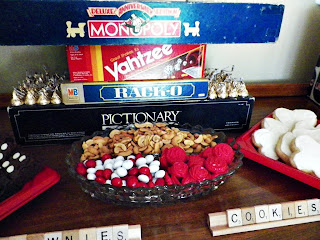 Mints with the number 40 on them and sugar cookies the shapes of hearts, diamonds, spades, and clubs. 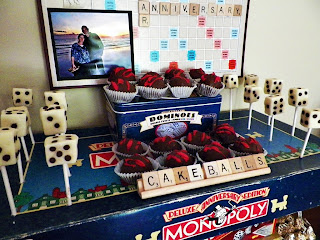 Chocolate cake balls and white chocolate fudge dice added to the display not just in looks but in taste too. 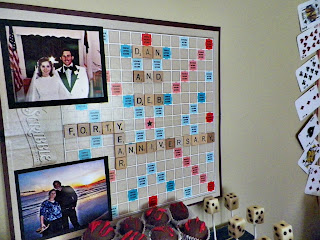 I created this scrabble board with their picture from their wedding day and a picture of them from last year's Florida vacation.  I used the tiles to say
"Dan and Deb"
"Forty year anniversary" 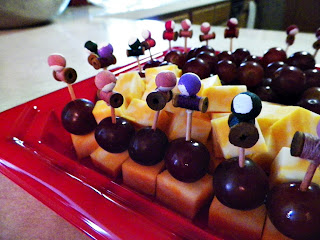 I turned tooth picks into croquet sets, complete with painted wooden balls for the tops. 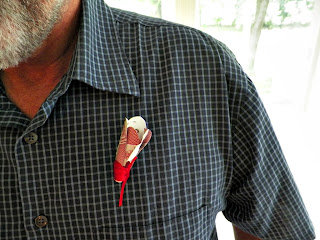 I made them cute little flowers to wear on their shirts.  Just a fun added touch. 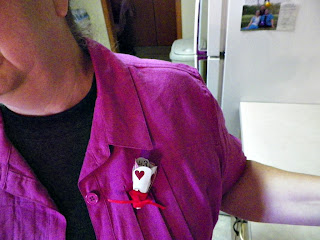 Onto the games.  We created a Family Feud game and played their Friends against their Family.  The highchair was used as our podium and on it was placed an ipad with a button on it for the players to hit.  One side was red and the other blue.  Whoever hit the button first, it would say whether red or blue was first.  We used a white board to write how many answers there were and put a piece of black painted cardboard behind it that we stuck lights in to make it a little more flashy and game showy.  Then we played the game similar to the TV game show and had a great time.  To end it, my parents did the fast cash round.  It was fun to go through the rest of the questions with everyone even after the game was over.  They also played catch phrase and then lots of visiting. 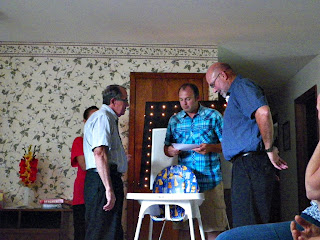 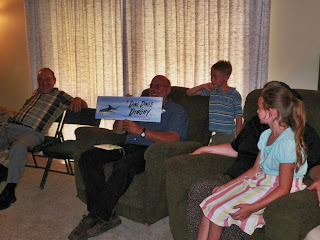 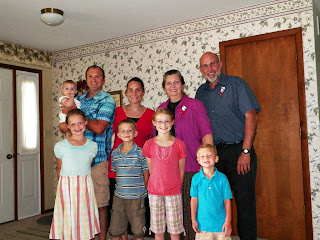 What a great day spent with family and friends.  So glad for the example my parents have been to me in being married for so long through thick and thin.  Blessings to them and many more years of marriage bliss.
Posted by Bovee Family at 4:55 PM

Thanks for visiting our blog. We look forward to reading your comment. 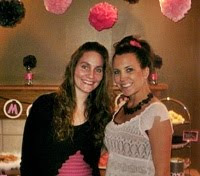 Christi Lynn Bovee and Casie Lynn Brothers are two friends who love putting their talents together to create fun, beautiful and memorable moments for friends and family. If you want a new twist on planning a party or shower, you've come to the right place. We believe the guest of honor should be just that, honored. "Celebrations" are the new "shower", where we bring forth our best as party planners and guests to truly bless that special person in our lives.


And with us being homeschool mothers, we enjoy making learning fun for our children too, so you can catch a glimpse of how we Celebrate that also. Thanks for stopping by and being a part of our little world of Celebrations.